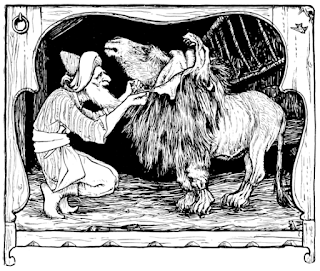 That is, it isn't a recursive function which can be turned into an iterative function. It is an actual recursion, and we know recursion is bad (except when it isn't, but this isn't the case).

To be fair with Haskell, we need to rewrite the factorial function so that it is tail recursive.

The real function tfact uses an accumulator, and dfact is some sort of interface just to allow the caller to write dfact 5.0 instead of tfact 5.0 1.0.

There's a more elegant way to write it, like this:

The type signature for tfact is needed because otherwise type inference gets in the way of making the code a little more efficient (the risk is that somewhere it considers an Integer, which is an expensive arbitrary precision number).