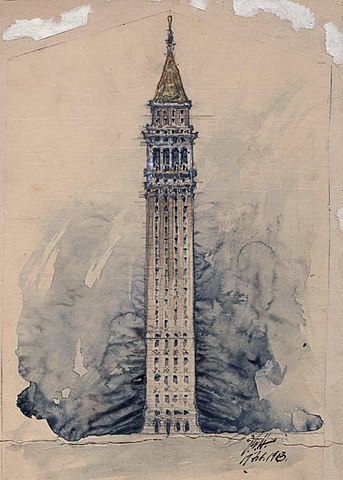 Once upon a time, there was Sather… I've briefly said it exists in a previous old article, Languages, OOP, Sather et al..

Since then I had discovered other things I liked about Sather, but I've abandoned it because there isn't a maintained compiler, and then I've forgotten it.

Taking a look at Eiffel, Sather popped into my mind again. It was easy to understand why:

Originally, it was based on Eiffel […] It is probably best to view it as an object-oriented language, with many ideas borrowed from Eiffel.

Even the name is inspired by Eiffel; the Sather Tower is a recognizable landmark at Berkeley […]

And its features' list according to Wikipedia includes design by contract, and in fact among other things it has pre, post, and invariant routine.1

As in Ada, these checks are disabled by default, so they must be enabled when necessary. The Sather compiler (sacomp) does it with the options -chk_pre, -chk_post, -chk_invariat2 followed by the list of classes we want to enable the checks for. I haven't found a way to control these checks in the language like you do in Ada with the pragma Assertion_Policy.

When compiled with sacomp -chk file_name.sa the output of the example is

All services offered by a module should be available through a uniform notation, which does not betray whether they are implemented through storage or through computation.

This is another feature I like which is an inheritance of Eiffel. You don't really know if you are accessing a variable/property/attribute or calling a method (in theory you are always calling a method, but optimization can change a call into an “access” to memory, though3).

The following is a bad class in C++.4

This class can be used in an unintended way. E.g.

Now the caller can't tamper with the votes. Unless he's fine with making everyone to believe there are 0 votes; in this case he “forgets” to call countVotes() and he has the result he wants.

If the caller hasn't malicious intent, he must however know how to use properly the class: he must know that voteCount() gives wrong results if called before countVotes().

It is a wrong usage of the class, but a question must be done: why must the caller be in charge of this duty? Is it necessary?

Let's try to mitigate the burden.

Jim Cee isn't scared of breaking clients' code and doesn't care about legacy code: it's against his well known manifesto — his employers know it very well. So he writes a new version of the class State and announces old versions won't be maintained anymore.

In this last version you have only a method to access the count of the votes, that is, voteCount(). Nobody but Jim can see it, but all he has done was to make countVotes() private. Now the interface of his class is cleaner (according to him) and has only a way to do the right thing.

In Sather this final version would be something like:

This is very close to the C++ example (or viceversa), except for the syntax: C++ stresses the fact that it's a method call by making it mandatory to write the () (or the call isn't made and you have something different entirely), but in Sather countVotes can be both the name of a variable and a call to a method with no arguments.

Of course critics have a point: in the voteCount (or voteCount() in C++) approach you don't really have control over when the count is done. Indeed the answer is simple: the first time you ask for it. Nonetheless, if you have an application which can take different paths according to conditions you can't control and you want to be sure of where and when the heavy computation is done, you simply have to call/access voteCount when it can be done safely.

This isn't a specific problem of the “only one function following the UAP” approach. We have the exact same thing with the voteCount() / countVotes() pair, but we use different functions, that's all.

This isn't a strong case in favor of having countVotes() and voteCount() (or better names doing the same thing); plus, if there are other paths where countVotes() isn't called (a bug, of course), you get 0 from voteCount(), and if you solve as Jim Cee did in the second version of his class State, then it's better if you provide only a function, e.g. voteCount(), which counts the votes only the first time it's called.

In the case of the setter, the syntactic sugar makes the code cleaner.

In general you have getCount() and setCount(value) to get and set a count. In Sather you write:

which is syntactic sugar7 for

So, in order to make something more complicated in an assignment, you define a method accepting a value:

And if you write in a main:

the output will be 1000 (then you can infer correctly that something more than a simple assignment was done in the o.count := 500 statement).